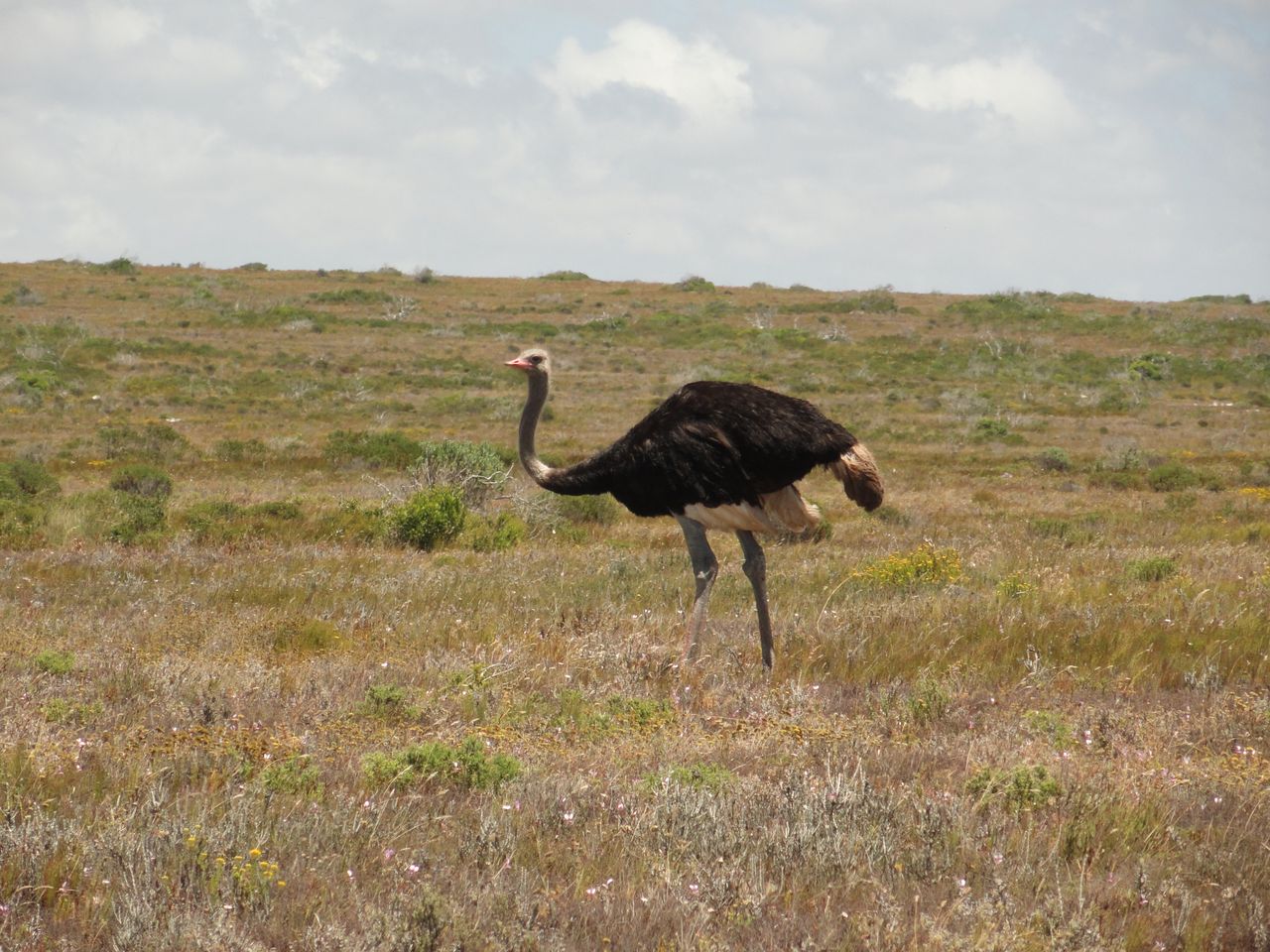 Most people think that ostriches are as common as the small stones they so often swallow in between meals, as when you travel through the Overberg you will easily see flocks of them along the roadside. But, they are rarer than we believe. In fact, very few ostriches live in the wild today and most populations are domesticated and bred for feather, leather and meat farming purposes.

Being a member of the bird group “Ratites”, they are flightless birds that mature without a keel to their breastbone. But being flightless wasn’t enough to set the ostrich apart, as they are also the tallest and heaviest living bird in the world. But it doesn’t always pay to be so special. While they are extremely well adapted to survive in harsh and dry environments, lasting through dehydration levels of up to 25%, they were at one time very nearly extinct.
The use of ostrich feathers dates back to the times of the Egyptians, the Assyrians and even the Babylonians. Yet, it was in the 18th century, when African Ostriches were highly sought after and hunted for their uniquely large feathers, that they were threatened with extinction. Luckily, the enormous land bird was saved half way through the 19th century, by which time ostrich farming had become a popular pursuit. It was quickly understood that the ostrich is actually a very easy animal to farm, because of its resistance to the environment, requiring only small areas of grazing land and needing very little food in comparison to other large farmed animals.

Perhaps awkward at first, but on a second viewing their enormous beaks and feet and elongated form remind of prehistoric eras, transporting you back in time… and their wide, silky feathers are something to marvel at over and again. Whatever your reason, like an enormous ugly duckling, these great birds are seemingly loved by all, and so well prized because of their beauty.

That is why as you travel through the rolling, open landscapes of the Overberg, flocks of ostriches can be seen in both the wild reserves and local farms. Dry climate and vast open spaces are the natural home for an African Ostrich, which is why they thrive in parts of the Overberg.

If you’re on the hunt for something memorable, and beautiful in a strangely unique way, then De Hoop Collection is the perfect location for a winter getaway. You never know what creatures you may meet along the way! 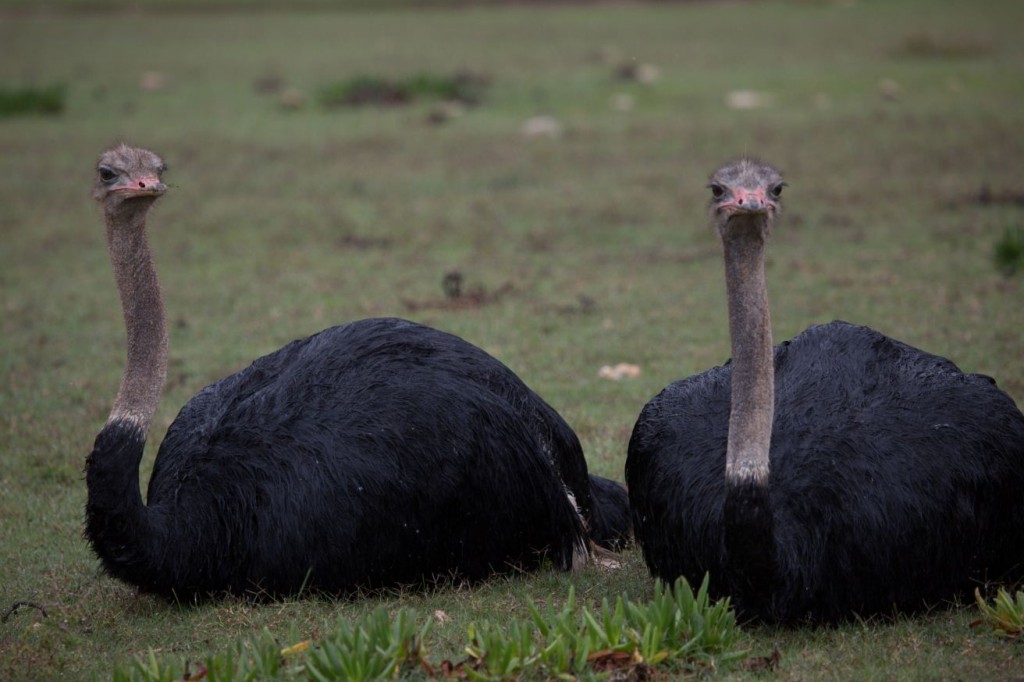