Getting African penguin back to De Hoop!

A bold new project is underway at De Hoop Nature Reserve, aimed at re-establishing a colony of African Penguins in the area, which has disappeared over time due to dwindling fish stocks and threats from land-based predators.

The African Penguin Relocation Project by BirdLife South Africa and CapeNature is making headlines in South Africa for its clever use of cement decoy penguins that scientists hope will entice passing seabirds to return to the site naturally.

According to reports, project partners will wait before determining whether to bring young penguins or rescued birds from other colonies to the area. The hope is that the juvenile birds, known as ‘baby blues’ because of their first blue-grey waterproof plumage (their black-and-white tuxedo suit markings emerge later) would eventually breed and become loyal to the area. The South African National Biodiversity Institute (SANBI) explains breeding pairs will return to the same breeding colony and same nesting site each year. 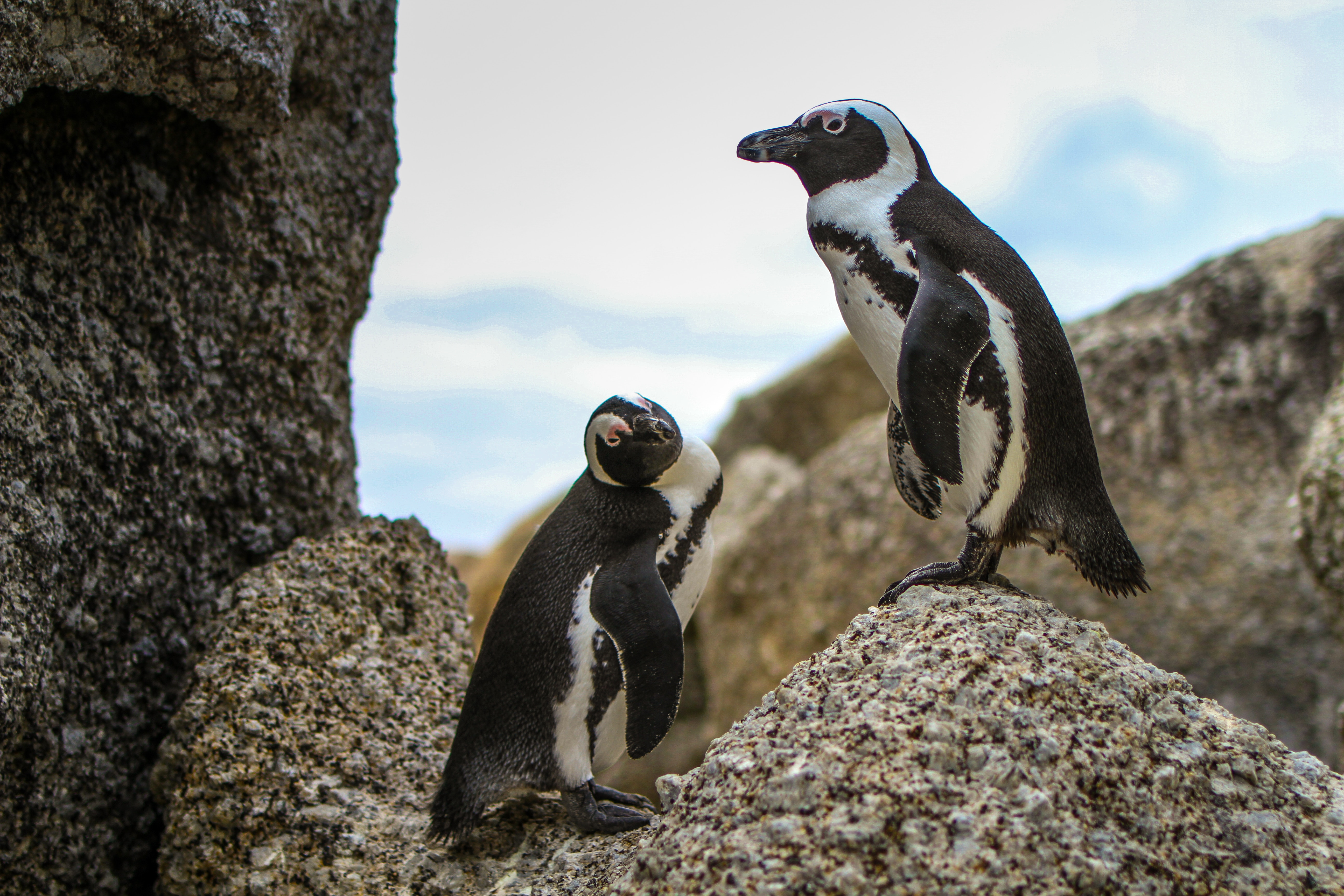 The project’s clever penguin decoys show the birds in various states of seabird bliss: relaxed and well fed. A predator-proof fence to protect the penguins from mainland predators was prioritised and penguin colony noises are also being played.

Global Seabird Programme Coordinator at BirdLife South Africa, Dr. Ross Wanless, says African Penguin stocks have plummeted, particularly in the last 15 years, by around 10 – 15% year on year since 2004. This is due to a lack of the birds’ preferred prey in the area, anchovy, he reveals.

Guano harvesting and the collection of penguin eggs has also contributed to the decline. Until the 1960s, millions of eggs were removed from penguin colonies for consumption, says African Penguin Stories. The ‘delicacy’ was even served to passengers onboard the ill-fated Titanic and as a treat for parliamentarians! (Endangered – How did we get here?)

Other De Hoop Collection experiences include guided tours to see endangered Cape Vulturesfrom the cliffs of Potberg Mountain, an hour’s drive from the Opstal Area (see details & bookings here) and, each year from June, more than a hundred breeding Southern Right Whales visit the coast.

African Penguins used to be known as ‘Jackass’ Penguins, due to their distinctive donkey-like bray, but were renamed to avoid confusion with other species with similar calls, CapeNature explains (Five little-known facts about the African penguin).

Dr. Ross Wanless speaks more about the project in an interview with CapeTalk, recorded here.