The importance of the De Hoop Marine Reserve

The reserve includes 70 km of rugged coastline and sandy beaches. One of the highlights of this location is undoubtedly that it is one of the best whale viewing sites on the globe. In addition, the De Hoop Marine Reserve is one of the world’s most important calving grounds for the southern right whale and an important nursery area from which depleted angling species such as galjoen are replenished. The area also has numerous dive sites where some have been lucky enough to encounter whale sharks.

Seven whale species can be spotted off the coast of De Hoop but it is predominantly the Southern Right whale that makes it home during June to November. The less common Bryde’s whale and the rare humpback have also made appearances although they are much harder to spot. The whales come in to mate and calve in the warm safety of this marine reserve before heading off with their young to the cooler Antarctic region in December. Guests and conservationists have spotted 200 to 400 whales at a time ‘sailing’ (sticking their tails out of the water) or ‘spy hopping’ (pushing their noses out) and it is for this reason that the De Hoop Reserve in South Africa has earned the reputation for being one of the world’s best land based whale-watching areas.

Summers are warm and winters are mild to cold. Annual rainfall is 380mm and August is generally the wettest month. Sea mists also occur. The most frequent summer winds are South-Easterly to southwesterly while southwesterly winds prevail in winter.  There is a newly surfaced tennis court at the Opstal area – bring your rackets. The Opstal has a swimming pool and there is also a boules courtyard –  Please note: Check in time is 14h00 and Check out time is 10h00. Sorry – No pets allowed. 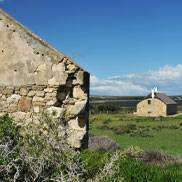 Stone Age people lived in the De Hoop area thousands of years ago. These nomadic Khoi inhabited the southern Cape and their middens are evident today. This region is a World Heritage Site and a treasure-trove of natural assets. At about 36 000 hectares, it is the flagship of CapeNature. The De Hoop Marine Reserve was proclaimed in March 1986 and extends a further three nautical miles off the coastline. It is an essential conservation area for the plant and animal species which are rapidly disappearing elsewhere. Our Vision: The De Hoop Collection is committed to the South African tourism charter and to the development of the reserve as a tourism initiative. This entails empowering and training a local workforce and developing community initiatives. The total project of 250 to 300 beds will be completed over the next three years and enhance earnings for Cape Nature. As the various developments will be situated in a highly sensitive environment, the designs are light footprint to minimise the impact on the landscape. 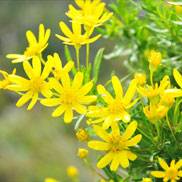 De Hoop is the nucleus of an extensive interactive conservation network for the Overberg region. This World Heritage Site enjoys international recognition with UNESCO and is already a major tourist attraction. A private initiative, Madikwe Investments, due to their success in establishing The Madikwe Game Reserve, are the development partner in this unique government / private partnership to enhance the existing reserve into a world class tourist destination. 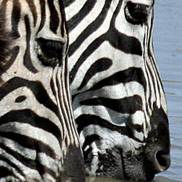 Download the De Hoop Collection Brochure here. Please contact us if you require any additional details. We look forward to hearing from you.