A new all-time record for whale sightings at De Hoop! 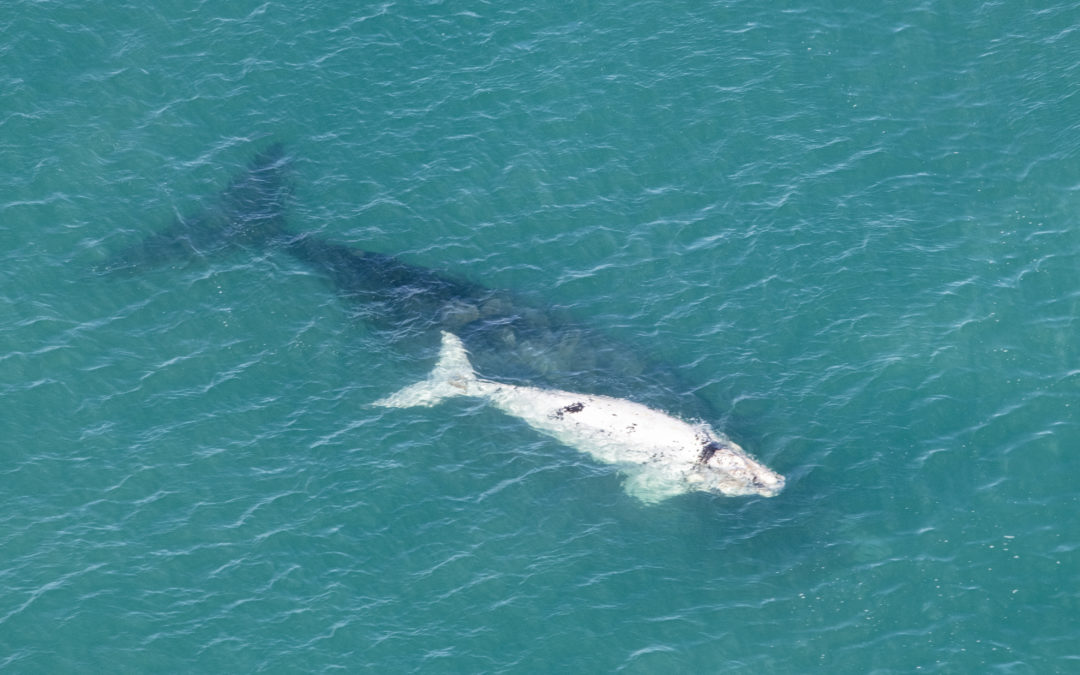 A Whale of a Weekend at De Hoop:

He had just been notified by Jean Tresfon, a well-known Marine Conservation Photographer, that even with “all the bad news and negativity in the media, especially when it comes to the state of our marine resources”; he was thrilled “to share something rather more uplifting”.

Tresfon, together with whale scientist Chris Wilkinson had, early on Saturday morning lifted off from the Morning Star airfield into the crisp clear air – a perfect day weather-wise – to conduct an aerial whale survey for the Mammal Research Institute Whale Unit.

He reported that they encountered the southern right whales almost immediately, but it was when they reached the De Hoop Nature Reserve area that they were just blown away.

“The absolute pinnacle was at the De Hoop Nature Reserve -from Skipskop Point to Lekkerwater- where we spotted an incredible record-breaking 1 116 whales, or 558 cow/calf pairs, highlighting the fact that Koppie Alleen is without question the most important nursery area for southern right whales on the South African coast.”

After nearly seven hours in the air they headed home. Tresfon later received a message from Els Vermeulen, head of the Whale Unit, advising him of the final numbers – 661 cow/calf pairs, plus 25 unaccompanied adults – a total of 1 347 southern right whales counted between Hawston and Witsands! Almost triple the amount of whales counted at nearly the same time – the first week of September – in the same area, in 2017. 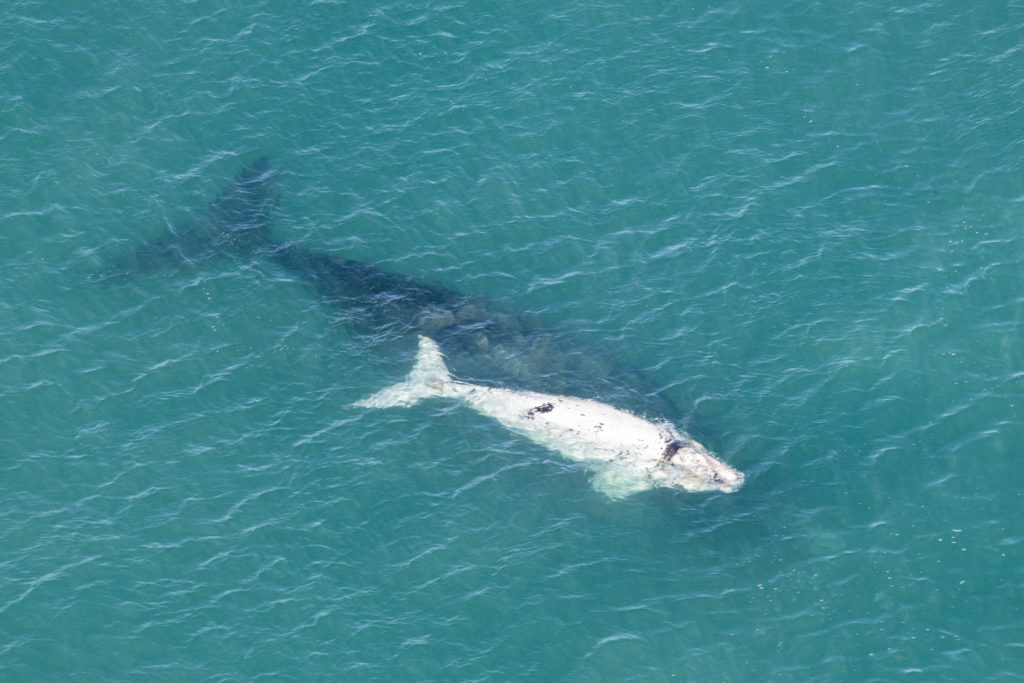 A total of 11 snow white calves were counted. These whales are not albinos (a lack of pigmentation) but are brindles, having a lighter colouration that will darken slightly with age. They almost seem to glow in the dark waters. ( Image by Jean Tresfon) 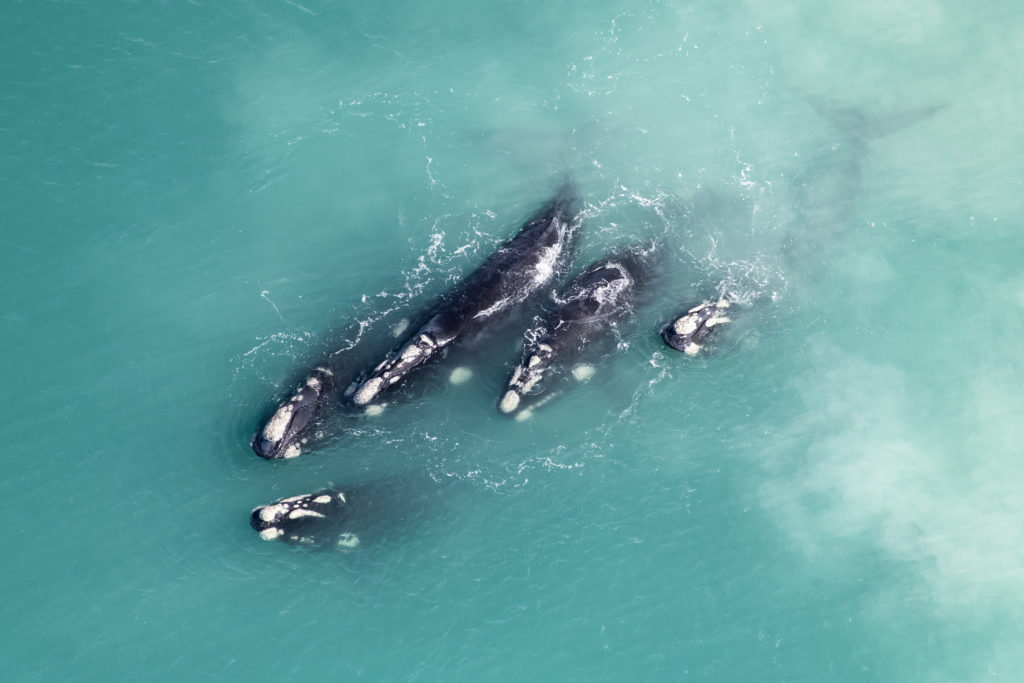 A mating group of southern right whales, stirring up the sediment from the bottom of the seabed. ( Image by Jean Tresfon) 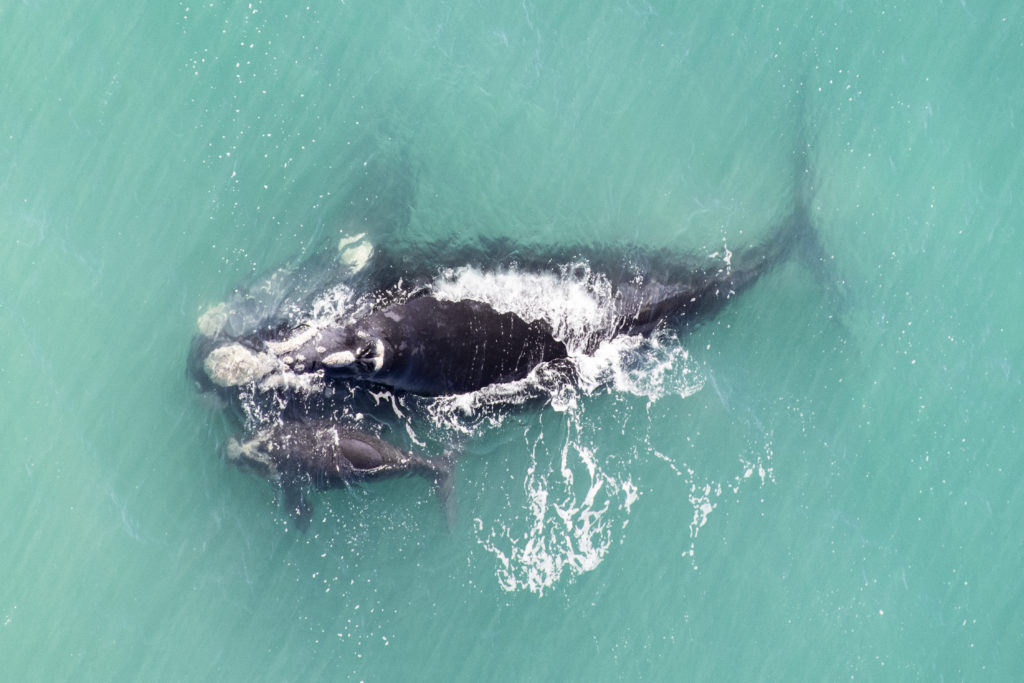 So many tiny calves spotted many newborns in the nursery area. ( Image by Jean Tresfon) 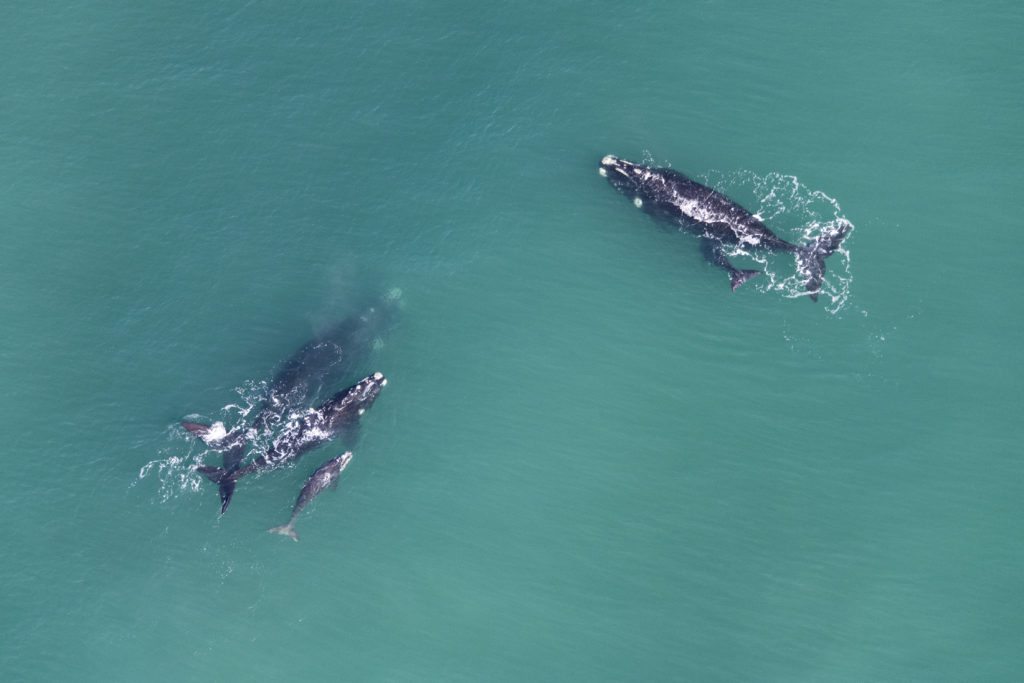